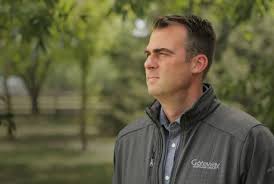 Oklahoma Governor-elect Kevin Stitt has added nine more individuals to his “Oklahoma Turnaround” team including a man with many years of experience as a highway contractor. 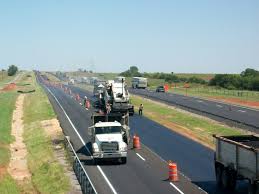 At least one of the 18 members of the “Turnaround” team has oil and gas experience. Donelle Harder who worked as Stitt’s Deputy Campaign Manager was formerly Vice President of the Oklahoma Oil and Gas Association. She also previously worked as Communications Director for U.S. Sen. Jim Inhofe and the U.S. Senate Environment and Public Works Committee. 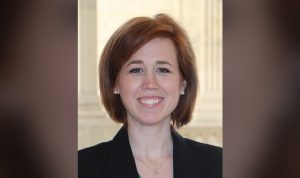 “We are excited for the talented Oklahomans who continue to join Oklahoma’s Turnaround,” said Governor-elect Stitt. “We are ending politics as usual because of the Oklahomans who are willing to step forward and give their valuable time to assist with recruitment and with developing bold policy directives for the 2019 Legislative session.”

The nine new executive team members are as follows:

Gen. Rita Aragon served as the Oklahoma Secretary of Veterans Affairs from 2010 to 2014. She then served as the Special Assistant to the Governor on Military and Veterans Affairs from 2014 to 2016. Gen. Aragon is a retired United States Air National Guard two-star general. Her final active military post was as the Air National Guard assistant to the Air Force Deputy Chief of Staff Manpower and Personnel.

Blayne Arthur is the Executive Director for the Oklahoma 4-H Foundation. She previously served the state as Deputy Commissioner for the Oklahoma Department of Agriculture, Food, and Forestry from 2011 to 2016.

Jill Castilla led the fastest bank turnaround in the nation without adding capital and now leads Citizens Bank of Edmond as President and CEO. Castilla serves on the Boards of Directors of American Bankers Association, Peppers Ranch foster care community, Metafund, Edmond and Oklahoma City Chambers of Commerce and the YMCA of Greater Oklahoma City. Castilla served in the Oklahoma Army National Guard and is an Army wife and Army mom.

Michelle Choquette currently serves as the Chief Human Resources Officer at Gateway Mortgage Group, leading recruitment, compensation, benefits, employee relations, learning and development and internal communications. With 27 years of experience, Choquette previously served as Vice President of HR at one of the top car rental companies in the country and led HR for seven years at Community Action Project Tulsa (CAP), a non-profit agency focused on breaking the cycle of poverty.

Dr. Amy Emerson is a Tulsa-based pediatrician and the area medical champion for Reach Out and Read’s Oklahoma chapter. Reach Out and Read is an early literacy intervention program embedded in medical practices. In the Tulsa area, the program has served as an important component of the Talking is Teaching community-wide initiative sponsored by the George Kaiser Family Foundation (GKFF). Emerson is active in areas of foster and adoption care support, as well as serving as medical consultant for high quality early learning centers such as Educare.

Brian Hill is the founder and CEO of Works24 and The Cedar Gate.

Fred Mendoza is an Oklahoma City based business and civic leader and a pioneer in creating Hispanic Private Sector community initiatives. Formerly based in Nashville and Dallas, he currently owns an artist talent management, production and marketing company where he has worked with numerous country and rock and roll legends.

Gene McKown is co-owner and president of development for Ideal Homes and longtime Norman philanthropist.

The seven chairs for each policy advisory committee are as follows:

Health Committee Chair: Marshall Snipes is a past chair and current member of the Board of Directors of Integris Health System, Inc. He is the Chair of the Board of Directors of Quality Alliance Assurance Company, a medical malpractice insurance company and a Board Member of Sterling Dental North America, a regional prepaid dental plan. He is a former partner of KPMG (formerly Peat Marwick Mitchell & Co.), an international CPA firm and he was recently named a Regional Trustee Liaison to the American Hospital Association’s Regional Policy Board.

Native American Committee Chair: Neal McCaleb serves as Ambassador for the Chickasaw Nation and as Chairman of the Board for both Chickasaw Nation Industries and Bank2 (wholly owned Chickasaw Enterprise). He is a former Assistant Secretary of the Interior for Indian Affairs”.

Public Safety Committee Chair: Steven Taylor of McAlester is a retired Chief Justice of the Supreme Court of Oklahoma, retiring in 2017 after 33 years of judicial service on the District Court and the Supreme Court. He served four years active duty as an officer in the U.S. Marine Corps and is a former Mayor of McAlester. In 2004, Taylor presided over the state trial of the Oklahoma City Bombing case.