STACK continues to draw interest from oil and gas drillers 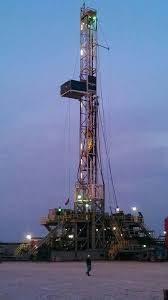 It’s been a slow week for drilling permits and completion reports in Oklahoma.

No completion reports were filed Monday and Tuesday with the Oklahoma Corporation Commission which was unusual.

But there is still interest in the STACK play.

Devon Energy filed four requests  on Tuesday for permits to drill in Blaine County. The company’s request is for a four well site on a single pad located about six miles southeast of Watonga (07 15N 10W).

Four permits were filed for drilling in Canadian County by Roan Resources based in Oklahoma City. Four Silver Charm wells are to be drilled on a single pad located at 22 11N 7W or about 2 miles northeast of Union City.

The water management company, Lagoon Water Logistics LLC filed a request for the Mud Bug SWD#1 well to be drilled at 01 14N 7W which is about 4 miles east of Okarche. That puts it only a few miles from where residents successfully fought a waste disposal well permit sought by H2OK based in Marble Falls, Texas.

As OK Energy Today reported earlier in the week, the firm withdrew its application to drill a well close to the Northwest Highway because neighbors complained it might harm their water sources.

The last permit to drill request for Canadian County came from Paloma Operating Company of Houston, Texas. It intends to drill the Summer Moon well at 17 12N 8W or about 6 miles due west of El Reno along Interstate 40.

Single permits were sought for wells to be drilled in Coal, Dewey, McClain and Pottawatomie counties.