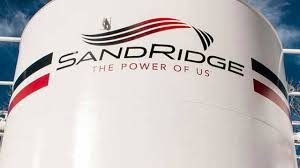 Oklahoma City’s SandRidge Energy announced this week the sale of nearly 1,500 low-performing wells in the Permian Basin along with more than 13 million shares of SandRidge Permian Trust in a $14.5 million deal. It followed up with a $25.1 million purchase of oil and gas properties, rights and assets in the Mississippi Lime and STACK plays for Oklahoma and Kansas.

The sale included 13,125,000 common units of the Trust to an unidentified party. SandRidge described the wells in the Permian Basin as “shallow, low net revenue interest wells burdened by a substantial overriding royalty interest conveyed to the Trust.” It explained that lease restrictions and Trust limitations on the properties “significantly constrain any additional development beyond existing wellbores.”

SandRidge said in the announcement that the transaction  simplifies the company’s operations with the removal of a large population of low-rate and shut-in wells which collectively averaged 1 Boepd per well.

The elimination of the wells also eliminated nearly 32% of SandRidge’s total asset retirement obligations. A day after making the sale, the company acquired the $25.1 million in assets and properties in the NW STACK and the Mississippi Lime. As a result, SandRidge operates nearly 80% of the wells and holds an existing working interest in most of the remaining wells operated by others.

SandRidge is also acquiring another 13.2% interest in its produced water gathering and disposal system. As of September, the oil and gas properties had monthly net production of 3,775 Boepd and monthly net operating income of $1.5 million.

“Both transactions will have a positive impact on the Company’s operating efficiency,” said Bill Griffin, President and CEO. “The CBP properties accounted for more than 12% of our total operating expenses, while contributing only 4% of the production during the first half of 2018. The sales price of these properties represents an attractive valuation, particularly considering their minimal growth potential and royalty interest burden, which requires SandRidge to cover 100% of operating costs but
only receive 34% of revenues.”

He said getting out of the Central Basin Platform simplied the company’s portfolio and operations.
“The Mid-Continent transaction consolidates working interest in acreage and properties currently held by the Company, requiring no additional staffing to operate. These assets are well known by the Company and add low risk incremental income,” added Griffin.