Proposition 112 in Colorado rejected by voters 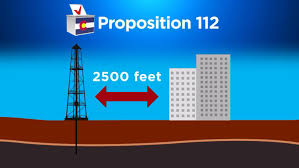 Colorado voters turned aside the proposal to expand the oil and gas drilling setback from homes and buildings, a move that some argued would decimate the state’s energy industry.

Proposition 112 failed by a vote of 58 percent to 42 percent.  It would have forced oil and gas drilling rigs to locate a half-mile from buildings across the state except on federal lands.

“We’re grateful Coloradans saw this for what it was, which was an attempt to run oil and gas out of the state,” said Dan Haley, CEO and President of the Colorado Oil and Gas Association. “The voters uncoupled this from partisan politics, which shows they really understood.”

The oil and gas industry contributed $41 million in to the Protect Colorado campaign committee.

“Out-of-state interests underestimated Colorado voters,” said Tracee Bentley, executive director of the Colorado Petroleum Council, a local division of the America Petroleum Institute. “The voters understood this was a hit to Colorado’s economy.”

Proposition 112 was put on the ballot largely due to the efforts of Colorado Rising, an anti-fracking group.