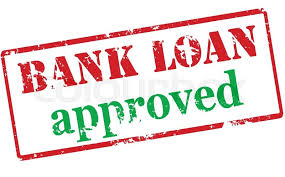 Tulsa-based ONEOK has revealed details of its $1.5 billion loan agreement announced this week with a lender.

In a Wednesday filing made with the Securities and Exchange Commission, the energy company said the three-year agreement was made with Mizuho Bank, Ltd. The agreement was reached Nov. 19, 2018 and will provide money for working capital, repayment of outstanding indebtedness, capital  expenditures and other general corporate purposes, according to the SEC filing.

Mizuho Bank is the integrated retail and corporate banking unit of Bizuho Financial Group. It is one of the largest financial services companies in Japan and had total assets of nearly $1.8 trillion in 2017.

As ONEOK announced earlier in the week, the term loan was upsized to $1.5 billion from $1.25 billion as a result of strong demand.

“As we execute on our more than $6 billion of capital-growth projects announced and more under development, this term loan and our $2.5 billion credit facility, which supports our commercial paper program, enhances ONEOK’s liquidity,” said Terry K. Spencer, president and chief executive officer of ONEOK.

The Term Loan Agreement matures on November 19, 2021. ONEOK may extend the Term Loan Agreement’s maturity date by one year up to two times, subject in each instance to the lenders’ consent.
Complete details of the agreement as filed with the SEC can be seen by clicking here.