FedEx gets electric trucks—thanks to a Chinese manufacturer 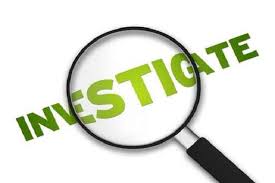 Chesapeake Energy’s nearly $4 billion purchase of Houston-based WildHorse Resource Development Corp. is the focus of a call for an investigation by a former Louisiana Attorney General.

The call is made by Charles C. Foti, Jr. and the law firm of Kahn Swick and Foti in New Orleans. The two announced this week they are investigating because under the terms of the proposed transaction, shareholders of WildHorse will receive only 5.989 shares of Chesapeake common stock or a combination of 5.336 shares of Chesapeake stock and $3 cash for each share of WildHorse they own.

Such a call for an investigation by a law firm is not unusual. Many corporate firms specialize in protecting investors and seek additional business by making such announcements following major acquisitions.

On the same day Foti and his firm announced their call for an investigation of the Chesapeake Energy deal, they also said they were investigating the proposed sale of Penn Virginia Corporation to Denbury Resources Inc.

The purchase was announced in late October. WildHorse operates mainly in the Eagle Ford Shale and Austin Chalk formations of Texas.

Doug Lawler, the president and CEO of Oklahoma City-based Chesapeake, said at the time that the addition of WildHorse plus Chesapeake’s substantial growth profile in the Powder River Basin should help the company’s expansion in the oil sector.