ONE Gas wants higher rates for its Kansas Gas Service 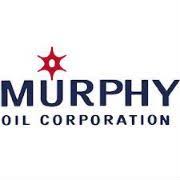 Murphy Oil Corporation, the company based in El Dorado, Arkansas is reportedly attempting to sell its Malaysian oil and gas assets, a move that could bring $3 billion.

Reports indicate the company has already contacted banks for the possible sale of its majority interests in eight separate offshore production sharing contracts in Malaysia.

“Murphy wasn’t considering a sale but was approached by a party that put forward a very compelling bid. They are in negotiations,” said one of the sources for the reports.

Murphy, which has been in Malaysia since 1999, could agree on a deal in a couple of weeks, the person said.

Others familiar with the matter suggested Spanish oil major Repsol, whose presence in Malaysia is focused on its upstream business, or other global majors could be potential buyers for Murphy’s assets.

The possible transaction comes as M&A activity is heating up in Malaysia’s oil and gas sector, where international companies pursuing expansion plans are spotting opportunities.

Repsol and Murphy Oil declined to comment on any potential sale or talks. There was no immediate response to a query sent by Reuters to Malaysian state-owned Petronas, who partners Murphy in Malaysia.