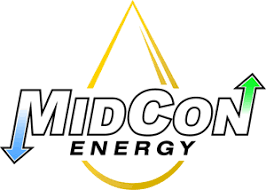 Tulsa-based Mid-Con Energy Partners announced while it saw increased oil production in the third quarter of 2018, it also had a net loss of $3.35 million.

“We are pleased to report that the third quarter of 2018 showed continued growth and improvement across almost all areas of the Partnership,” commented Jeff Olmstead, President and CEO. “We continue to focus on improving our balance sheet, optimizing our capital allocation, and building our inventory of future projects. As we announced previously, we used some of our available liquidity during the quarter to add several new projects in Wyoming and Oklahoma at acquisition prices that resulted in our leverage ratio covenant continuing to improve.”

As for production, it grew by 23% in the quarter over what itrr saw in the second quarter 2018. The company said in its announcement that it spent excess cash on $2.3 million in capital expenditures to drill three producing wells, two recompletions, six capital workovers and re-entered one plugged well  to re-establish production.