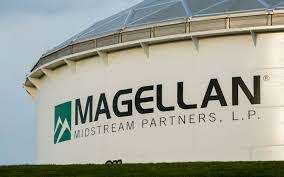 Tulsa’s Magellan Midstream Partners, L.P. joined forces this week to announce the launch of an open season on a proposed new pipeline to carry crude from Cushing, Oklahoma south to Houston, Texas. Magellan is also exploring the possibility of a second line that would carry oil  from Houston to Corpus Christi.

Working with Navigator Energy Services based in Dallas, Magellan Midstream is proposing a 500-mile Voyager 20-inch pipeline. Once built, it would carry crude from Magellan’s terminal in Cushing to its terminal in East Houston.

Magellan indicated in the announcement that at the point of origin, the Voyager pipeline would provide shippers optionatlity to originate delivers at Cushing from the Magellan-operated Saddlehorn line serving the Rockies and Bakken production in North Dakota. It would also serve Navigator’s Glass Mountain pipeline which serves the Mid-Continental basins as well as other connections within the strategic Cushing crude oil hub.

The two companies stated that at the destination in Houston, there would be option of delivering the product to all refineries in the Houston and Texas City area.

The proposed line would have an initial capacity of 250,000 barrels a day with the ability to expand of there is enough demand from the industry. The two companies hope to win enough customer commitments and permits and have the line operational by the end of 2020. It would be the latest in one of a series of lines operated by Magellan. 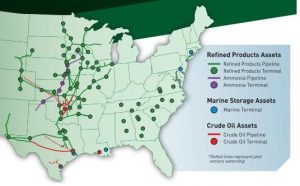 Even as Magellan is pushing forward with the possible new line, it is giving thought to construction of a crude oil pipeline from Houston to Corpus Christi and a crude oil export terminal on Harbor Island in Corpus Christi. The company indicated the terminal would be capable of loading VLCCs or very large crude carriers.

Magellan says all potential customers have to submit binding commitments by 12 p.m. central time on Jan. 31, 2019.