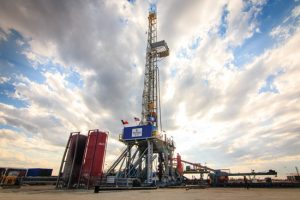 Laredo Petroleum, Inc. based in Tulsa announced its 2018 third-quarter results including net income of $55.1 million or 24-cents a share.

The company’s adjusted net income for the quarter was $62.4 million or 27-cents a share. Laredo indicated it had record 71,382 barrels of oil equivalent a day in production for the quarter which was 19% more than the third quarter of 2017.

Its cash flow increased to $145.9 million and the adjusted earnings before interest, taxes,  depreciation and amortization grew 23% reaching $160.6 million for the quarter.

“With Laredo balancing operating cash flow and capital expenditures in the third quarter of 2018, as forecasted in
our 2018 budget, we similarly plan to manage activity levels in 2019 to minimize any outspend,” commented Randy
A. Foutch, Chairman and Chief Executive Officer. “We intend to continue exercising this discipline in the future and invest capital with a focus on returns and growth on a debt-adjusted per share basis.”

In the third quarter of 2018, Laredo completed 16 gross (16 net) horizontal wells with an average completed lateral length of approximately 11,300 feet. Laredo produced a Company record 71,382 BOE per day in third-quarter 2018, higher than Company guidance of 71,000 BOE per day.