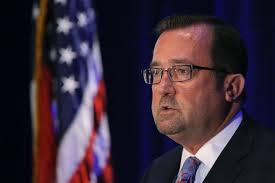 Even as Oklahoma-based Gulfport Energy announced its third quarter net income of more than $95 million, chief executive Michael G. Moore stepped down after the company learned he had made personal charges to a company credit card.

The company also found Moore, who was paid $4.7 million a year as of 2017, had used Gulfport’s chartered aircraft without permission. Moore’s resignation was official on Oct., 29 and Chief Operating Officer Donnie Moore took over the top executive duties on a temporary basis. The two men are not related.

Gulfport made a filing with the Securities and Exchange Commission and in it, said Moore’s resignation from the board “was not a result of any disagreement with us or our operations.” The board was informed in September of the unauthorized use, prompting the company to hire an independent counsel to review the allegations. 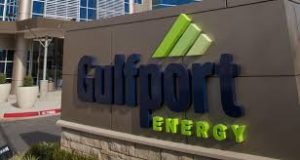 The review wrapped up this week and found Moore had made personal charges on the credit card dating back to 2007. They had been repaid from time to time and there were no current outstanding charges. But interest charges over the nearly 11-year period figured to be $9,493 and the company wanted to be repaid.

The company said in effect, the charges could have amounted to “personal loans” which are barred under the Sarbanes-Oxley Act.

Gulfport’s review also found $649,200 in expenses for Moore’s personal use of the company’s chartered aircraft dating back to 2014 when he was promoted to CEO.

The personal use of a company plane, according to reports, is disclosed as part of the overall compensation for an executive. But Gulfport found in its review that Moore’s personal use of the plane was “not timely identified, quantified and disclosed” with the SEC.

Moore, 62 joined Gulfport in 2000 as chief financial officer. As part of his separation agreement, he’ll be paid a combined $400,000 and be reimbursed up to six months for health coverage.