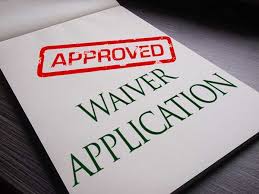 Environmentalists don’t like it but a report indicated the Trump administration will continue offering waivers to oil refineries from meeting certain U.S. biofuel mandates.

Bloomberg News reports there is continued pressure from ethanol advocates who want the waivers eliminated. But it said the Environmental Protection Agency is also considering applications from 15 refernies for the exemptions. The EPA will determine whether those refineries face a “disproportionate” economic hardship if they have to meet the biofuel blending quotas.

Waivers will still be issued despite that review, which was prompted by a July federal court ruling faulting the EPA for denying a West Virginia refinery’s waiver request, said the people, who asked not to be named discussing internal policy decisions.

The decision to keep issuing waivers is a blow to ethanol producers and agricultural interests that have argued the practice undermines the 13-year-old Renewable Fuel Standard designed to encourage biofuel such as corn-based ethanol and soybean-based biodiesel. The EPA also will reject biofuel advocates’ request to redistribute waived quotas to non-exempted refineries when it issues final 2019 blending targets on Friday, according to people familiar with those plans.

“EPA continues to implement the Renewable Fuel Standard consistent with the law, including the statutory requirements laid out in the small refinery exemption program,” agency spokesman Michael Abboud told Bloomberg in an email communication.

The waiver issue has emerged as a major flashpoint in the Renewable Fuel Standard program, which pits oil refiners against biofuel producers in a battle for gasoline market share. Both sides come from states that President Donald Trump won in 2016 and are crucial to his re-election prospects in 2020.

Under the fuel standard law, the government can exempt small refineries using no more than 75,000 barrels of crude oil per day from annual biofuel quotas as long as they face a significant economic hardship. Scores of refineries received the exemptions automatically until 2010, when the EPA began vetting applications individually, guided by recommendations from the Energy Department.

Senators Chuck Grassley and Joni Ernst, both Republicans from Iowa, were set to press the issue with EPA Acting Administrator Andrew Wheeler on Wednesday.

The waiver practice also could be addressed as part of a broad EPA “reset” of the entire biofuel program — a top-to-bottom overhaul that is likely to spur reduced annual quotas and could lead to changes to the waiver process. The EPA will effectively kick off that overhaul process when it finalizes the 2019 biofuel quotas.

In the meantime, federal law still compels the EPA to issue exemptions, said Senator John Barrasso, a Republican from Wyoming.

“The Clean Air Act requires EPA to provide relief to any small refinery that suffers disproportionate economic hardship under the Renewable Fuel Standard,” Barrasso said. “EPA must act within 90 days of receiving a petition for relief from a small refinery. That’s the law. The agency must follow the law.”