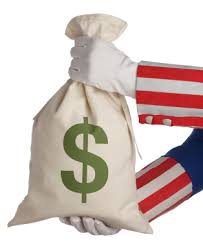 The state of Oklahoma has received an increase in the Fiscal Year 2018 energy revenue disbursement from the federal government.

U.S. Secretary of the Interior Ryan Zinke announced  that Interior’s Office of Natural Resources Revenue, disbursed $7.867 million in Fiscal Year 2018 energy revenues to Oklahoma. This represents an increase of $5.241 million from the previous year’s total. The funds are derived from energy produced on federal and Indian lands, as well as U.S. offshore areas.

“President Trump’s energy dominance strategy is paying off and local communities across America are the beneficiaries,” said Zinke. “Trump Administration policies like reforming and reducing regulatory burdens and broadening access to the nation’s oil, gas and coal resources, have made America the largest oil and gas producer in the world.”

Nationally, the energy disbursements are up by $1.82 billion for a total of $8.93 billion to be shared with states and tribes.

“This critical source of funding will be used for educational and infrastructure improvements and land and water conservation projects, and to create good-paying American jobs,” said Zinke.

The increase is primarily attributed to higher oil prices, increased oil production, expedited permitting, streamlined regulations, and increased demand, during the year as the economy and exports have continued to expand.

The Office of Natural Resources Revenue disbursed $1.78 billion of the FY 2018 energy revenues to 35 states, a cumulative share of revenues collected from oil, gas, and mineral production on federal lands within their borders and from offshore oil and gas tracts in federal waters adjacent to their shores. Oklahoma ranked thirteenth in the country for FY 2018 receipts.

All federal, non-renewable energy revenues are collected, accounted for, analyzed, audited, and disbursed by Interior’s Office of Natural Resources Revenue. The revenues are derived from energy and mineral leases and other monies owed for the use of public resources on the U.S. Outer Continental Shelf and onshore federal and American Indian lands.

Since 1982, ONRR has disbursed more than $302 billion in mineral leasing revenues. ONRR makes most disbursements on a monthly basis from the royalties, rents and bonuses it collects from energy and mineral companies operating on federal lands and waters.