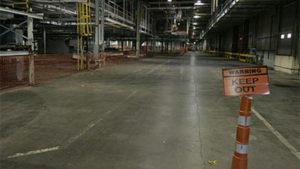 That brush of north wind in Oklahoma might not be mother nature but more of a gigantic sigh of relief in Kansas City that the GM plant wasn’t among five proposed by General Motors to be closed. The company is also planning a reduction of its workforce by an estimated 14,000 workers.

The Fairfax plant was spared and thousands of workers were elated.  The decision would have also affected rail traffic through eastern Oklahoma where daily freight trains carry hundreds of cars southward to Texas.

It brings back bad memories of when GM decided to close its Oklahoma City car manufacturing plant, putting an estimated 2,000 Oklahomans out of work. Groundbreaking for the Oklahoma plant happened in 1974 and the first production began in 1979. But by 2006, the plant was closed. It sat empty for years until it was purchased by the Defense Department, a move that allowed an expansion of Tinker Air Force Base and its maintenance facilities. 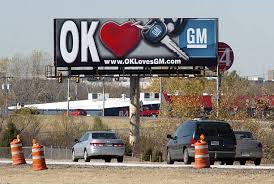 This week, GM proposed the shutdown of car assembly and transmission factories in Ontario, Michigan, Ohio and Maryland.

“Future products will be allocated to fewer plants next year,” GM said.

The cuts also include the reported cessation of the production of sedans including the Buick LaCrosse, Chevrolet Impala, Cadillac CT6, Chevy Volt plug-in hybrid and the Chevy Cruze.

Sedan sales have been slumping throughout the industry: Earlier this year, Ford Motor Co. said it will stop production of all of its sedans in the next few years.

“The actions we are taking today continue our transformation to be highly agile, resilient and profitable, while giving us the flexibility to invest in the future. We recognize the need to stay in front of changing market conditions and customer preferences to position our company for long-term success,” GM Chairwoman and CEO Mary Barra said in a statement.

General Motors said it will double its resources in the development of electric and self-driving cars during the next two years and concentrate its efforts on its better-selling trucks, crossovers and SUVs.

The cost-cutting moves are expected to save the company $6 billion over the next two years, GM said.

“These actions will increase the long-term profit and cash generation potential of the company and improve resilience through the cycle,” Barra sai