Rig counts dropped in Oklahoma and across the nation 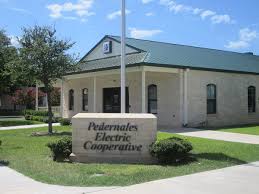 Members of the Pedernales Electric Cooperative based in Texas got the shocking news this week….their former chief executive got a $1.1 million severance payment when he resigned over a racial controversy at the utility.

John D. Hewa had been CEO at the utility since 2013 when he resigned last year following claims of racial discrimination existing in the company.

The Austin American-Statesman reported it only learned of the payment after the co-op’s 2017 tax return was filed last week. Pedernales Electric had delayed the filing for six months and it showed the utility paid another three employees a combined $378,000 in severance last year.

Pedernales Electric is the largest nonprofit, member-owned electric cooperative in the country, providing power to about 300,000 accounts. Based in Johnson City, it had $594.7 million in revenue last year and its service area encompasses 8,100 square miles, taking in Junction, Marble Falls, Liberty Hill, Cedar Park, Dripping Springs and parts of Austin.

Hewa’s payment was approved by the co-op’s board in a closed-door session in May 2017, on the heels of a public meeting in which Hewa announced his intent to resign and accused board members of retaliating against employees who alleged that racist behavior was being tolerated within the organization.

According to his employment agreement, Hewa wasn’t entitled to “separation pay” if he resigned voluntarily.

The American-Statesman initially reported the amount of the severance for Hewa in July 2017 after confirming it with sources. But co-op officials had repeatedly declined to confirm the financial details of Hewa’s separation prior to filing the tax return last week. They released a joint written statement with him in May 2017 saying that he had “decided to move back to Virginia with his family and pursue new career opportunities,” but said nothing about a payment.

Mike Viesca, a spokesman for Pedernales Electric, this week declined to comment on specifics of the payment to Hewa, saying personnel matters are confidential. “As a four-year chief executive at the cooperative, PEC honored its compensation arrangements with the employee,” Viesca said.

The official confirmation of the payment has renewed criticism leveled at Pedernales Electric in the wake of Hewa’s departure that its members were owed a better explanation.

“It’s a fairly astounding sum,” said Larry Landaker, a former co-op board member who served when Hewa was hired. “My feeling is (the co-op) is totally lacking in transparency. What has fallen by the wayside at PEC is transparency, (and) it’s regrettable.”

His total compensation last year came in at slightly more than $1.5 million, however, even though he left in May. It included the $1.1 million severance payment, a base salary of $229,569 and various incentives, benefits and other items.

The allegations of racial insensitivity that culminated in Hewa’s public vow to resign last year came after a social media post by board member James Oakley in fall 2016, in which Oakley wrote that it was “time for a tree and a rope” in reference to an African-American suspect in the killing of a San Antonio police officer.