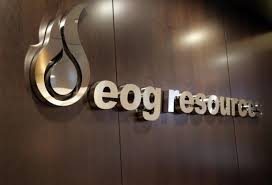 Revenues rose more than 80 percent reaching $4.78 billion compared to the $2.64 billion one year ago.  The company’s crude oil volumes were also record 415,000 barrels a day, an increase of 27 percent over the last year.

As a  result of the big profits, EOG raised its 2018 estimates on capital spending to $6 billion to meet increased oilfield services contract costs.

EOG’s top producing region remains the Eagle Ford shale in south Texas. But it is expanding operations in Oklahoma, Colorado, the Permian Basin in West Texas, North Dakota and the Powder River Basin in Wyoming.

It has a regional office located in Oklahoma City and the company, in its quarterly reported offered an update on its Oklahoma efforts.

EOG continued development of its premium play in the Eastern Anadarko Basin Woodford Oil Window. EOG is testing spacing patterns and various targets across the play.

The company completed 11 wells in the third quarter. EOG completed a package of four wells spaced 660 feet apart late in the second quarter. The Ted 2326 #1H-#4H were completed with an average treated lateral length of 10,000 feet per well and average 30-day initial production rates per well of 800 barrels of oil equivalent per day, or 660 Bopd, 90 barrels per day of NGLs and 0.3 million cubic feet per day of natural gas. These low-decline wells support our initial spacing assessment of 660 feet.

EOG is also making significant progress reducing well costs in this new play. Recent wells have been brought to production at costs at or below the company’s $7.8 million target.