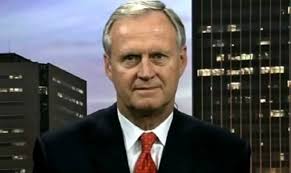 Devon Energy in Oklahoma City will soon see a change in leadership in the coming year as board chairman John Richels has announced his intentions to retire in the spring of 2019.

He has been chairman since June 2016 and said he will not seek re-election and will retire in June 2019. Previously, Richels was Devon’s president and CEO from 2010 until July 2015.

“The opportunity to work with the incredible team of people at Devon for the last 20 years and to succeed Larry Nichols as president, CEO and chairman has clearly been the highlight of my career,” Richels said. “We’ve done a lot of great work together, and we’ve built a great company. We’ve done it the right way, true to our values and with the highest integrity. I have complete confidence in our management team at Devon as they lead the company in the years to come.”

In the coming months, Richels will lead the process to ensure a smooth and orderly transition.

“John Richels is well versed in the art of transition,” said Dave Hager, Devon president and CEO. “He took the reins from Devon’s co-founder, Larry Nichols, guided the company through a key period of its history and then handed the reins to me. John has served as an important mentor to many people, including Duane Radtke and me, and we look forward with confidence to the coming transition.”

The company also announced the board of directors elected Duane c. Radtke as its new vice-chairman.

Radtke has served as a member of the Devon board since 2010. He currently chairs the board’s Compensation Committee and serves on the Reserves Committee. He has more than 45 years of experience in the energy industry.

Radtke holds a bachelor’s degree in mining engineering from the University of Wisconsin. He also is a director of Kris Energy Ltd., serving on the compensation and governance committees. He previously served as chairman of the American Exploration and Production Council, a director of Smith International Inc. and a director of Consolidated Natural Gas Co.