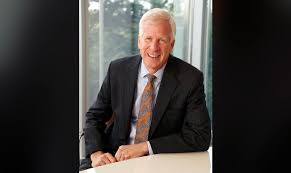 Oklahoma City’s Devon Energy is one of 17 major companies exploring in the Permian Basin to offer $100 million in aid to Texas and New Mexico because of challenges caused by the oil boom in the two states.

Dave Hager, chairman of Devon Energy was one of those who signed a letter creating the Permian Strategic Partnership which is pledging the $100 million to ease problems of health care, education and civic infrastructure. Others who signed the consortium letter also have major oil and gas drilling operations in Oklahoma such as XTO Energy and EOG Resources.

“The Permian is poised to provide energy the world needs, create tens of thousands of local jobs and generate billions in state and local tax revenues,” the letter states. “But this potential can only be fully realized if we simultaneously address significant infrastructure challenges and preserve the quality of life that makes so many want to live and work here.”

“It’s a significant amount of money, but these are huge challenges,” said Don Evans, a former U.S. Secretary of Commerce who lives in Midland, Texas, the epicenter of the shale oil revolution. “We don’t have enough teachers. We don’t have enough doctors.”

The group aims to work with regional and federal officials, companies, nonprofit groups and educators in New Mexico and Texas, said Evans, who started in the Permian and became CEO of producer Tom Brown Inc before joining the administration of former President George W. Bush.

The group is assembling plans to hold meetings in communities across the region, so “everyone have a voice” in the undertaking. There is no timetable or plan for how the initial contribution will be spent. The group is recruiting staff and searching for office space, he said.

In the last decade, the region’s many pockets of oil and low production costs have led to gold rush-like conditions in the Permian. Companies are pouring staff and equipment into the oilfield, which is expected to pump 3.7 million barrels of oil per day by December, four times its rate in 2010, according to the U.S. Energy Information Administration.

That boom has local employers, including restaurants and school systems, under pressure from staff leaving for oilfield jobs. Midland’s unemployment rate was 2.1 percent in October, compared to the nation’s 3.7 percent rate.

The last decade’s shale boom also has led to school overcrowding, soaring traffic fatalities, drug abuse and strains on the power grid because of the activity.

“Our roads are not designed to handle the amount of truck traffic we have,” said Jeff Walker, transportation training coordinator at New Mexico Junior College in Hobbs.

Drug charges in Midland more than doubled between 2012 and 2016, to 942 from 491, according to police data. Traffic accidents also jumped 18 percent between 2016 and 2017 in Midland County, and 29 percent in nearby Ector County, according to Texas Department of Transportation data.