AAA was busy in this week’s winter storm in Oklahoma 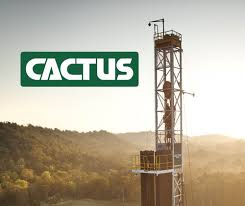 Cactus Drilling, one of the companies involved in the exploration of Oklahoma’s STACK and SCOOP plays has announced the naming of a new CFO.

Brian Small, the current CFO will stay with the company and make the switch to a new role as Senior Finance Director where he will oversee various corporate and operational finance functions.

Tadlock joined Cactus in 2017 and coordinated the firm’s move to become a public company.  It was in March of this year when he was named Vice President and Chief Administrative Officer.

He previously worked at Cadent Energy Partners LLC and had been a consultant to Cairn Capital, a London based asset management firm.