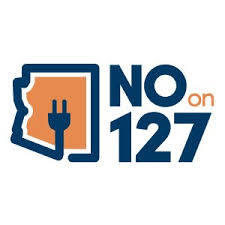 Colorado wasn’t the only state where environmentalists lost at the polls.

Voters in Arizona soundly rejected Proposition 127, an issue that would have forced electric companies to get half of their energy from renewable sources by 2030.

“Arizonans support solar power and renewable technology, but not at the expense of an affordable, reliable energy supply. Arizonans prefer to choose our own energy future rather than have it dictated to us by out-of-state special interests.”

Supporters of the measure said they take some victory in damaging the reputation of APS.

“The biggest thing we wanted in the cycle we already got, which is doing significant damage to APS’ stranglehold on our politics,” said Eric Hyers, campaign manager for the ballot measure. “We’ve changed the dynamic against them. Being seen as cozy with them is seen as a liability.”

California billionaire activist Tom Steyer’s political group NextGen America spent heavily to get the measure on the ballot and win over voters, but Steyer was outspent by Arizona Public Service Co. and other opponents of the measure.