Rig counts grow in Oklahoma and across the nation 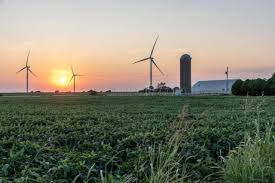 The Rock Falls Wind Farm near Blackwell in northern Oklahoma has agreed to pay more than $2.2 million in taxes and give up on on a proposed plan to avoid paying taxes.

The money will be divided among school districts and other governments in Kay and Grant Counties. The company, EDF Renewables had earlier contended the wind farm was tax exempt but following a late October meeting with school superintendents agreed to pay the taxes, according to a report on the political news website NonDoc.

“The conversation with the superintendents had an impact with us, and the message they delivered was received from our CEO to those working in the field,” EDF Renewables Senior Director of Development Matthew McCluskey told NonDoc.  “When we were in that meeting, it was poignant. We learned how complex Oklahoma school district finance really was. It impacts every school district differently, the investments we make.”

“The primary purpose of this letter is to let you know that after thorough evaluation of this complex situation, we intend to reverse the bond transaction with the Blackwell Economic Development Authority (BEDA) that provided for an exemption from ad valorem taxes,” EDF asset manager for generation Chris DeVault wrote in the email. “We would like to schedule a meeting with you the week of November 12, 2018, or as soon thereafter as is practical, to discuss in greater detail our decision, as well as to strengthen our relationship with you.”