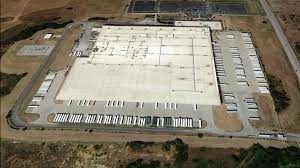 Another 150 new jobs are coming to Tulsa with Whirlpool Corp.’s announcement of a $55 million expansion of its distribution center.

The new Factory Distribution Center will involve construction of nearly 800,000 square feet and work will begin in mid-November with completion set for December 2019.

“This new facility will help us streamline operations, from both a production and distribution standpoint, and ultimately allow us to better serve our customers throughout the region,” said Jim Keppler, vice president of Integrated Supply Chain and Quality-North America Region with Whirlpool.

The new Center is being built next to Whirlpool’s existing plant in the Cherokee Industrial Park. It will mean the creation of a central location for the company’s existing distribution centers in the country. And it means the expansion of the Tulsa plant which manufactures more than 2 million cooking appliances every year.

Tulsa city and chamber leaders say it’s another sign of a healthy and growing economy in Oklahoma.

“Today’s announcement by Whirlpool represents yet another major investment in the Tulsa community by one of the top companies in the world,” said Mayor G.T. Bynum.