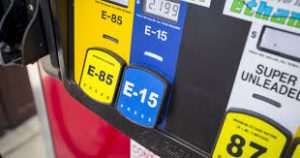 Oklahoma U.S. Sen. Jim Inhofe is among a group of 20 Senators who are urging President Trump to reject the year-round sale of 15 percent ethanol by volume.

He led the effort and was joined by Sen. James Lankford and others in sending a letter to the president about their concerns.

“In recent months, media outlets reported that the Environmental Protection Agency (EPA) is considering regulatory action to expand the sale of gasoline with 15 percent ethanol by volume (E15) year-round by waiving certain Clean Air Act (CAA) requirements related to Reid Vapor Pressure (RVP),” the senators write. “However, a one-sided approach to addressing concerns related to the Renewable Fuel Standard (RFS) that favors only one industry stakeholder is misguided. We are concerned that doing so would do nothing to address the policies impacting refinery jobs, could hurt millions of consumers whose vehicles and equipment are not compatible with higher ethanol blended gasoline, and risk worsening air quality.”