ConocoPhillips adds retired Navy Admiral to board of directors 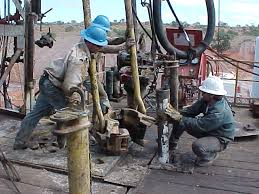 While the nation’s rig count slipped by two in the past week, the number of rigs in Oklahoma rose by two.

The state’s rig count grew to 143 while nationally, it declined to 1,052.  Baker Hughes reports the national count this week included two fewer oil rigs, with a total count of 861. The number of gas rigs remained at 189.

Compared to a year ago, the U.S. rig count was still 116 higher.

Oklahoma’s count of 143 compared to the 524 reported in Texas where there was a decline of five working rigs. The number in Kansas, according to the Redtop Rig Report,  grew by one to hit 48 while Colorado reported a drop of one to 32.

Louisiana stayed at 62 while New Mexico added two to hit 99 rigs. North Dakota’s count slipped by one to 52. Wyoming stayed at 29.

Of the oil plays, Oklahoma’s Woodfords remained at 10 while the Granite Wash was steady at 13. The Mississippian added 3 to reach a total of 7 working rigs.

The Eagle Ford in South Texas dropped one to reach 78 and the Permian Basin, the nation’s most productive oil play slipped by one to 485.

North Dakota’s Williston declined by one to reach 52.