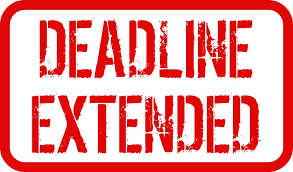 For a third time, the Oklahoma Attorney General has extended a deadline for NextEra Energy to reach an agreement with the military over encroachment of flight areas around air bases in the state.

Mike Hunter made the announcement on Monday that the deadline has been extended for NextEra to reach a mitigation plan with the Department of Defense (DOD) for the company’s wind farm along a route of airspace the military uses for training.

This is the third time the deadline has been extended as the DOD and NextEra work toward a solution to concerns regarding NextEra’s construction of certain wind turbines west of Hinton.

The Oklahoma Strategic Military Planning Commission (OSMPC) contends that construction of those turbines absent DOD’s approval violates an amendment to the Wind Energy Development Act that went into effect earlier this year. The new deadline is next Monday, November 5.

The law now requires the federal government to affirm that planned turbine construction will not be a hazard to airspace the military uses for training. In the alternative, companies planning wind farm construction must have a DOD approved mitigation plan before construction or expansion.

“The OSMPC and Attorney General Hunter are committed to doing what is necessary to ensure a positive outcome in this matter, while safeguarding the airspace used to train members of the Armed Forces,” said OSMPC President Michael Cooper. “The airspace used for training is one of the military’s most vital assets. Disrupting it in any way threatens to weaken our national defense.”

Earlier this month, the attorney general, who is representing the OSMPC, announced the agreement, which has now been extended, between NextEra and the DOD. As part of the agreement, NextEra has temporarily suspend construction of the wind farm west of Hinton until a mitigation plan is completed.