More rumbling and shaking in southern Kansas and northern Oklahoma

Attorney General Mike Hunter on Tuesday announced an agreement between NextEra Energy Resources and the Oklahoma Strategic Military Planning Commission (OSMPC) that will halt construction of a windfarm along a route of airspace the United States Air Force uses for training to allow the Department of Defense (DOD) to complete a mitigation plan.

Other than the steps immediately necessary to safeguard turbines currently under construction, NextEra will pause its turbine construction efforts pending a new determination of no hazard from the Federal Aviation Administration in the project areas west of the town of Hinton.

At issue is a windfarm currently being constructed west of Hinton by NextEra that the OSMPC claims violates an amendment to the Wind Energy Development Act that took effect earlier this year. The changes to the law require a determination by the federal government that planned wind turbine construction has no military impact, or an approved mitigation plan from the DOD, before a windfarm is constructed or expanded.

Attorney General Hunter said the agreement will provide the opportunity for NextEra and the DOD to find the best solution for all parties moving forward without litigation. 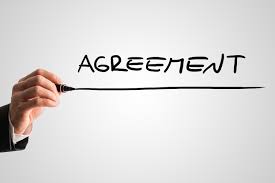 The attorney general’s office negotiated on behalf of the OSMPC. As part of the agreement, the state will not take legal action against NextEra while construction has stopped, and OSMPC will continue to collaborate with the DOD to seek a constructive solution.

“We appreciate Attorney General Hunter’s good faith negotiations for the OSMPC and for helping protect one of the military’s most valuable assets,” said OSMPC Chairman Michael Cooper. “The airspace used for training is critical to our national defense and to the mission of our state and nation’s military installations. We thank NextEra for recognizing this and working with us to further enhance this mission.”

NextEra plans to work with the DOD to have a mitigation plan prepared by October 15.

“In addition to being a national leader in providing clean, reliable energy, NextEra also strives to be a good corporate citizen,” said John DiDonato, Vice President of Renewable Development and Origination. “That means we are dedicated and committed to working with all stakeholders, community and state leaders when investing in energy infrastructure within states like Oklahoma. We are confident this process will strengthen our line of communication, leading to a better future for the partnership between the state and NextEra.”