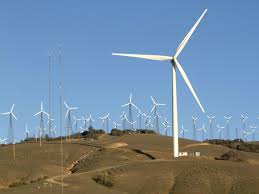 EDF Renewables North America is certainly no stranger when it comes to wind farm construction in northern Oklahoma. This week, the company joined forces with Ameren Missouri to announce construction of a wind farm in northeast Kansas.

EDF will build the 157 megawatt BRickyard Hill wind project in Atchison County and after construction, it will be bought by Ameren Corporation. When operational in 2020, the wind farm will power about 47,000 homes and help Ameren Missouri meet a goal of reducing carbon emissions 80 percent by 2050, based on 2005 levels.

“Our transition to cleaner forms of generation is building momentum,” said Michael Moehn, president of Ameren Missouri. “Investing in renewable generation, with the majority in Missouri, benefits our customers and the communities we serve by keeping rates steady and increasing economic activity.”

The agreement is still subject to conditions precedent, including approval from the Missouri Public Service Commission and obtaining a timely and acceptable transmission interconnection agreement from the Midcontinent Independent System Operator.