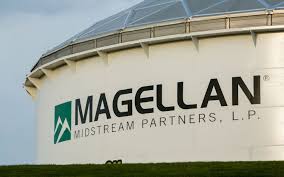 Tulsa’s Magellan Midstream Partners, L.P. announced it has closed its part of the $1.438 billion sale of part of the BridgeTex Pipeline Company. Magellan, together with Plains All american Pipeline L.P. sold 50% interest in the line to OMERS, a benefit pension plan for municipal employees in Ontario, Canada.

The closing leaves OMERS with a 50% interest in the 400,000 barrel-a-day crude oil pipeline while Plains retained a 20% interest and Magellan kept a 30% interest. Magellan will also continue to operate the pipeline.

OMERS acquired 30% from Plains and 20% interest from Magellan.

The sale was originally announced Aug. 21. BridgeTexas owns the line that extends from Colorado City in West Texas to Houston. The line delivers volumes into Magellan’s East Houston terminal and Magellan’s Houston crude oil distribution system with connection to refineries in Houston and Texas City.

BridgeTex is also being expanded to 440,000 barrels a day by early next year.