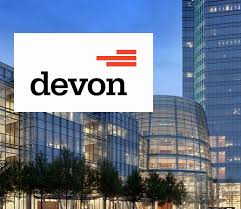 In a release, the company said production totaled 418,000 boe/day which was a 3.7% increase over the year and just above the company’s guidance of 398,000 to 417,000 boe/day. The firm said the production was helped by higher natural gas liquids yields which benefit from access to premium pricing in the Mont Belvieu market.

The company also said its capital spending fell to $523 million in the quarter which was 9% under the company’s midpoint guidance.

Devon announced its full-scale operations have been restored at its Jackfish 1 heavy oil project in Alberta following minor repairs identified during recent turnaround startup activities; as a result of the maintenance, DVN estimates Q3 net production in Canada will total 104K boe/day.

Devon estimates that its third-quarter 2018 net production in Canada will be approximately 104,000 barrels of oil equivalent (Boe) per day as a result of the maintenance at Jackfish 1. The temporary curtailment of volumes at Jackfish represents less than 1 percent of total expected company-wide production in 2018. Production at the company’s Jackfish 2 and Jackfish 3 facilities were at nameplate capacity for the entire third quarter.

With the Jackfish complex resuming full-scale operations, the company expects fourth quarter net production in Canada, after the impact of higher sliding-scale royalties, to increase to an average of 115,000 to 120,000 Boe per day. This operational momentum will carry into 2019, with Canadian net production estimated to exit the current year in excess of 120,000 Boe per day.