Could Colorado’s Proposition 112 devastate the state’s oil and gas industry? 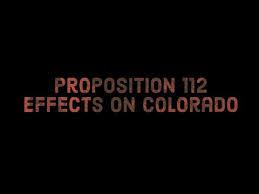 In three weeks, Colorado voters will vote on an initiative that if approved, could reportedly mean 85% of non-federal land in the state would be off limits for oil and gas drilling. Opponents of Proposition 112 contend that if voters say ‘yes’, the state’s oil and gas industry will literally collapse.

Proposition 112, the oil and gas setbacks measure has already resulted in $20 million spent by opponents compared to $650,000 spent by Colorado Rising.

The initiative aims to increase the required distance of any newly drilled wells from homes, schools and water sources to 2,500 feet. The current setback is 500 feet from homes and 1,000 feet from densely occupied buildings, like hospitals and schools.

Read an analysis of the campaign by the Denver Post by clicking here.