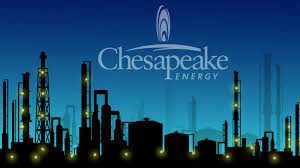 Just as Oklahoma City’s Chesapeake Energy announced it has completed the nearly $2 billion sale of its nearly 1,500,000 acres and holdings in the Utica Shale operating area of Ohio to Houston’s Encino Acquisition Partners, it’s announced the nearly $4 billion purchase of a Houston exploration company.

Chesapeake said it’s entered into an agreement to acquire WildHorse, an oil and gas company with operations in the Eagle Ford Shale and Austin Chalk formations in southeast Texas. The transaction is valued at nearly $3.977 billion including WildHorse’s net debt of $930 million and means Chesapeake’s shifting toward more oil production rather than natural gas.

The purchase came as Chesapeake was wiping its hands of its natural gas operations in Ohio in a $1.868 billion sale to Encino Acquistition Partners of Houston.

The sale of the Ohio holdings was announced in July as the company planned to use the proceeds to pay toward the $9.83 billion debt it had as of March, 2018. The company continues to focus on paring the debt that had soared to $16 billion in 2012.

The holdings included 900,000 net acres of which 320,000 are prospective for the Utica Shale and nearly 920 producing wells.

The takeover of WildHorse will double Chesapeake’s adjusted oil production by 2020 and add 420,000 high margin net acres in the Eagle Ford Shale and Austin Chalk formations. It will also give Chesapeake strategic access to premium gulf Coast markets.

Chesapeake management says the addition of the WildHorse asset also creates an expansive oil growth platform complementing the company’s high margin Eagle Ford and Powder River Basin positions. It also means a shift from natural gas to oil as Chesapeake says it expects more than 80% of future drilling and completion activity to be directed toward the high-margin oil completions.

Doug Lawler, Chesapeake’s President and Chief Executive Officer, stated, “This transaction accelerates Chesapeake’s strategic plan and expands the value-creation opportunities for our shareholders by adding a premier asset at an attractive valuation, significantly boosting oil production, EBITDA margins and cash flow growth, while improving our leverage metrics. The addition of WildHorse, together with our substantial growth profile in the Powder River Basin, advances our transformation into a highly competitive company with a diverse portfolio of high-quality assets, a stronger balance sheet and meaningful oil-growth potential.”

Upon closing, Chesapeake shareholders will own approximately 55% of the combined company, and WildHorse shareholders will own approximately 45%, depending on the consideration elected. Prior to closing, WildHorse will designate two individuals, presently expected to be Jay Graham and current WildHorse Director David Hayes to be added to Chesapeake’s Board of Directors. R. Brad Martin and Doug Lawler will continue to serve as Chesapeake’s Chairman of the Board of Directors and President, Chief Executive Officer and Director, respectively.