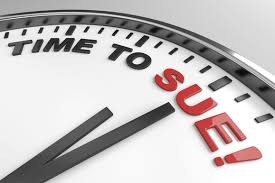 Led by Oklahoma’s Cherokee Nation, several Indian tribes asked the D.C. Circuit Court of Appeals this week to strike down an FCC  rule that allows mobile carriers to build small-cell fixtures without getting tribal approval.

Ten tribes originally filed an appeal with the Federal Communications Commission in August but this week, took their case to the Court of Appeals. The United Keetoowah band of Cherokee Indians in Oklahoma was the lead plaintiff in the case.

It stems from the FCC’s order issued in May allowing for a speed-up of the nationwide deployment of ultra-fast networks to power the internet as well as autonomous vehicles and other emerging technologies.

But the tribes contend the FCC exceeded its authority and the rule change pushed by FCC Chairman Ajit Pai violates federal law. Among the ten tribes were the Crow Creek Tribe of South Dakota and Delaware Nation.  Others were the Omaha Tribe of Nebraska andthe Seminole Tribe of Florida.They were joined initially by the Natural Resources Defense council which is an environmental advocacy group.

As a result of the FCC order, carriers will be allowed to deploy nearly 821,000 small cells nationwide by the end of 2026. Sprint and CTIA asked to intervene in the challenge because they contend the fee demands from Indian tribes to review cell sites would be prohibitive.

Consulting firm Accenture claimed the cost to the carriers for historic preservation and environmental reviews of the 821,000 cells would reach at least $349 million with costs still growing.

The FCC, in its ruling paving the way for the small cells determined that subjecting the companies to the same review requirements as large towers would be “extremely costly” and “impractical.” The agency concluded the small towers would pose little to no risks to historic preservation or the environment.

The original case was listed as United Keetoowah Band of Cherokee Indians in Oklahoma v. FCC, D.C. Cir., No. 18-1129.