Demand for Permian crude leads to expansion of pipeline under construction 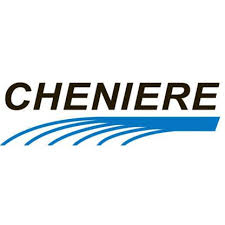 The company made the request on Friday as it wants to start work on the 234-mile pipeline in three segments, hoping to finish the project in 2019.

The federal regulators were asked by Gulfport Energy Corp and Marathon Oil Corp in July to approve Midship so natural gas could be transported out of Oklahoma’s STACK and SCOOP plays into the interstate gas system. The requests were made because the current gas infrastructure in Oklahoma is unable to handle the anticipated demand from the two plays.

Midship is designed to deliver 1.44 billion cubic feet per day (bcfd) of gas from the Anadarko basin to existing pipelines near Bennington, Oklahoma, for transport to Gulf Coast and Southeast markets where demand for the fuel for domestic consumption and liquefied natural gas (LNG) export is growing.

One billion cubic feet of gas is enough to fuel about five million U.S. homes for a day.

Most of the U.S. LNG export terminals, including Cheniere’s Sabine Pass in Louisiana, are located or being built along the Gulf of Mexico in Louisiana and Texas.