20% increase in earnings for coal company based in Tulsa 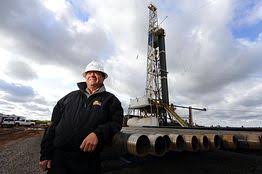 Total revenues for the quarter were $1.28 billion and company leaders don’t anticipate any letup in growth for the remainder of the year.

“With up to 70 of our forecast Bakken wells and up to 18 Spring-Board wells scheduled to be completed by year end, Continental anticipates a strong wave of oil-weighted production growth,” said CEO Harold Hamm.

“Thanks to the quality of our oil assets, the ingenuity of our teams, and the positive tailwind provided by our unhedged oil portfolio, Continental’s strategic move to optimize capital-efficient, oil-weighted growth is enhancing shareholder value,” added Hamm. 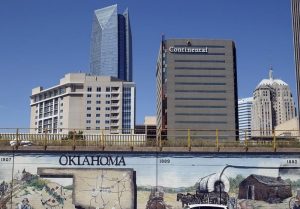 Net cash provided by operating activities for third quarter 2018 was $860.7 million and earnings before taxes and interest was $1 billion.

The release of the earnings report came after the Oct. 23 closing of Continental’s strategic minerals agreement with Canada-based Franco-Nevada. Continental joined financial forces to jointly acquire mineral rights in the SCOOP and STACK oil and gas plays. Franco-Nevada is contributing nearly $220 million to buy existing mineral rights with a promise to spend $100 million a year over the next three years to buy more rights.

As for exploration activity, Continental’s production in the STACK grew by 58% to 56,129 Boe per day in the third quarter over the third quarter 2017. The company completed 15 gross operated wells and has 5 operated drilling rigs in the play.

In the SCOOP, the company’s production averaged 63,270 Boe per day, an increase of 10% from a year ago. Crude oil production grew by 33% over the year and the company completed 9 gross operated wells in the quarter. Continental has 16 operated drilling rigs in the SCOOP and plans to ramp up to 18 by the end of the year.

Continental’s Project Springboard, a full-scale exploration effort planned in a 70-square mile area of 45,000 acres near Chickasha is on schedule with 14 rigs drilling. Eight are targeting the Springer reservoir and 6 are targeting the Woodford and Sycamore reservoirs. The company has finished 17 of the 18 wells planned for row 1 in the Springer and has launched work on drilling row 2. Nine of the Springer wells are flowing-back and 8 are in different stages of completions.

“Project SpringBoard is a massive oil project where we are concurrently developing three reservoirs,” said Gary Gould, Senior Vice President of Production & Resource Development. “As expected, we are already realizing operational efficiencies that will translate to significant additional value for our shareholders.”

Continental’s Bakken efforts resulted in an all-time quarterly record production averaging 167,643 Boe per day, up 23% from a year earlier. The company completed 42 gross operated wells flowing at an initial 24-hour rate of 2,013 Boe a day.

The Company currently has 8 rigs drilling in the Bakken, up 2 rigs from last quarter to facilitate continued oil growth in 2019. In fourth quarter 2018, production is expected to ramp significantly with up to 70 wells forecasted to be completed by year end 2018.