20% increase in earnings for coal company based in Tulsa

Coal mining’s Alliance Resource Partners, L.P of Tulsa announced a more than 20 percent in earnings for the third quarter of 2018 compared to a year ago.  Alliance is the second largest coal producer in the eastern part of the U.S. with eight underground mining complexes in Illinois, Indiana, Kentucky, Maryland and West Virginia.

Higher revenues and investment income got the credit as strong coal sales volumes in the quarter drove total revenues higher to $497.8 million. That’s an increase of 9.8% compared to the 2017 quarter. 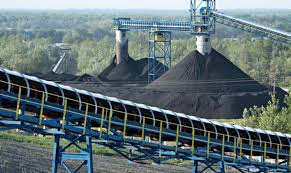 Joseph W. Craft III, President and Chief Executive Officer said things look good for the future as the company’s secured new commitments for nearly 11.1 million tons of coal to be delivered through 2021, including 4.9 million to be exported through next year.

Mr. Craft added, “ARLP remained focused on executing its strategic objectives of investing in our business for long-term cash flow growth and returning cash to unitholders. During the 2018 Quarter, we brought the second continuous mining unit into operation at our Gibson North mine and added the tenth continuous mining unit at our River View mine. These additions, along with additional efforts outlined below, will allow ARLP to increase future production to meet developing market opportunities. ARLP also continued to focus on returning cash to unitholders, first by the Board again electing to increase distributions to unitholders and, second, by executing on the recently authorized unit repurchase program. Under this program, through the end of the 2018 Quarter, ARLP has repurchased approximately 1.1 million units for approximately $21.1 million in open market transactions.”

Increased coal sales volumes in the 2018 Period also led operating expenses higher to $896.8 million, an increase of 12.9% compared to the 2017 Period.