Broken Arrow gets $21 million loan of State Water Resources Board 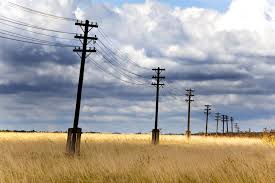 Some southwest Oklahomans will be among those benefiting from the more than $398 million in USDA loans to improve rural electric service.

The Agriculture Department announced the $398.5 million in loans are being made to rural electric providers in 13 states, according to Assistant to the Secretary for Rural Development Anne Hazlett.

The USDA investments are made under the Electric Infrastructure Loan Program. The Cotton Electric Cooperative which serves southwest Oklahoma received a loan totaling $36,212,000.

The money will add 1,344 consumers, build 154 miles of line and improve 91 miles and make other system improvements. The loan amount also includes $1,261,200 for smart grid projects.

More than $32 million in loans went to rural cooperatives in Colorado. Other loans were made to rural electric services in Indiana,Minnesota, Missouri, New Mexico, North Carolina, Ohio, South Carolina, Texas and Virginia.

The Cotton Electric loan was one of the three largest loans. A $50 million loan was made to a rural cooperative in North Carolina and a nearly $48 million loan went to a Virginia service company.