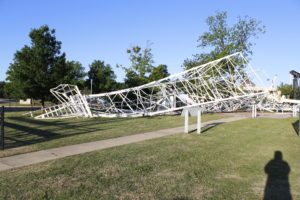 The State History Center has reopened the Devon Energy Oil and Gas Park more than one year after a storm left some of the display badly damaged.

The center used private contributions as well as donations from Devon Energy, the Oklahoma Energy Resources Board and three individuals to restore the historic pieces of oil and gas equipment. Private funds were used for restoration since the State did not have insurance coverage for the museum pieces. 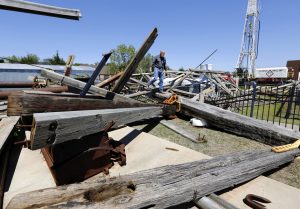 The storm hit in April 2017 and caused the collapse of some of the drilling pieces.

“My heart and soul are in that entire display and it was heartbreaking to see the devastation,” said Bob Blackburn, executive director of the Oklahoma Historical Society. “But it gave us an opportunity to re-evaluate the site and see what we could do better.”