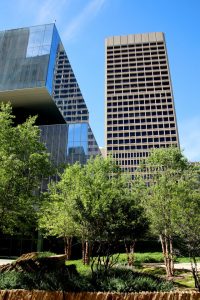 Don’t count on him to be the permanent leader of SandRidge Energy.

It’s what William M. Griffin, Jr., Interim President and Chief Executive Office has told the board. The revelation was confirmed when SandRidge Energy made a filing on Friday with the Securities and Exchange Commission. (Click here to read.)

The filing stated that Griffin informed the board of directors on Monday, Sept. 17 “he would not be a candidate to serve as the Company’s permanent President and Chief Executive Officer.”

But the filing indicated the company intends for Griffin to continue serving as Interim President and CEO “until a successor is appointed and to continue as a non-employee member of the board thereafter.”

Meanwhile, the board has formed a four-member search committee to evaluate and recommend to the board candidates to replace Griffin.

The CEO Search Committee consists of the Chairman of each of the Board’s standing committees, Robert G. Alexander, John J. “Jack” Lipinski and Randolph C. Read, together with Jonathan Frates, the Board’s Chairman.

Griffin was named President and CEO in February. The company’s biography stated he has 36 years of experience in the oil and gas industry.