Oil and gas industry is nervous in Colorado

Pruitt to be consultant to Tulsa-based coal company?

Former EPA Administrator Scott Pruitt is looking no further than his hometown of Tulsa for a new job.

He is said to be in talks with Tulsa-based Alliance Resource Partners to be a consultant.  The firm’s chief executive is Joseph W. Craft III, a man described by the New York Times as a “Kentucky coal mining tycoon.”

The Times broke the story this week that indicated Pruitt was possibly negotiating for a job in the very industry for which he “championed deregulation.”

Mr. Pruitt has remained largely out of the public eye since parting ways with the Trump administration in July under a cloud of ethics investigations into matters including his ties to fossil fuel industry executives with business before the agency. 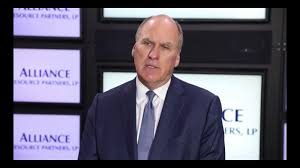 Mr. Craft, the chief executive of Alliance Resource Partners and a major Republican donor, enjoyed a close relationship with the E.P.A. during Mr. Pruitt’s tenure. Mr. Craft met with Mr. Pruitt at least seven times in Mr. Pruitt’s first 14 months at the agency and in December provided him with courtside seats at a University of Kentucky basketball game, a school where Mr. Craft is a prominent supporter.

The former E.P.A. chief laid out his plans to develop a new consulting firm in one-on-one discussions with several executives during a Kentucky Coal Association meeting last week, according to industry officials familiar with Mr. Pruitt’s appearance and activities there. An executive with Mr. Craft’s company, Alliance Resources, confirmed the discussions in a statement Wednesday.

“Any discussions that occurred between Mr. Craft and Mr. Pruitt are preliminary, and do not involve him becoming an employee of Alliance Resource Partners,” said Heath Lovell, vice president for public affairs at Alliance, in the statement. “Obviously, any discussions would not involve lobbying the federal government.”

Under an ethics pledge imposed by President Trump, Mr. Pruitt would be barred from directly lobbying the E.P.A. for five years in any new role, but he would not be restricted from working as a private consultant advising the company on E.P.A. related matters or working on the state level to influence regulatory policy.

One of the two executives familiar with Mr. Pruitt’s plans said that he would not be lobbying the federal government and would “not do anything inconsistent with his legal and ethical requirements.”

Mr. Pruitt, whose tenure at E.P.A. was marked by secrecy and security, did not publicize his speech to the Kentucky Coal Association, and the trade organization did not list him on its website among its featured speakers. Tyler White, the president of the association, acknowledged Mr. Pruitt’s presence at the event after it was pointed out that he was photographed sitting with Gov. Matt Bevin of Kentucky.

The association invited Mr. Pruitt “because we strive to provide our membership with high quality speakers who have unique experience, knowledge or expertise on issues impacting our industry,” Mr. White said in a statement. “Also, as a native Kentuckian, we were especially proud to have him speak,” he said. Mr. White said Mr. Pruitt had not been paid to address the meeting.

His remarks there were among the first public comments Mr. Pruitt has made since leaving the Trump administration. Coal industry officials as well as some Oklahoma political leaders said they welcomed his re-entry into the regulatory arena.

“It makes sense,” said Dewey F. Bartlett Jr., an oil executive and former mayor of Tulsa. “I know Joe Craft and the coal industry feel that they’ve been unfairly targeted by the E.P.A. and the various regulators, either state or federal, that oversee the coal mining industry. So working with a person like Scott Pruitt — who has given them, from their perspective, a fairer regulatory environment than the previous administration — would be a good fit.”

“Scott Pruitt has always been doing the dirty work for coal millionaires,” said Michael Brune, executive director of the Sierra Club. “The only difference is now he’ll be paid by them directly rather than ripping off the taxpayer.”

Cleta Mitchell, an attorney who represented Mr. Pruitt while he was at the E.P.A., did not return emails or phone calls seeking comment.

Both Mr. Craft and Mr. Pruitt are originally from Kentucky and later moved to Oklahoma, where Mr. Pruitt served in the state legislature and then as the state attorney general before he was nominated to take over the E.P.A. Alliance Resources is based in Tulsa, Okla.