Sen. Inhofe and others focus on cleaning up trash from the world’s oceans

With a lot of help from Oklahoma’s energy industries, the state’s economic improvement in the past year caught the attention of Moody’s Investor Services.

The company has upgraded the state’s bond rating outlook from negative to stable. Governor Mary Fallin credited some of the improvement to the legislature’s approval of an historic revenue package.

But she gave most of the credit to the move by the legislature and her to provide a long-term solution to multi-year budget deficits caused by an energy downtown.

” Finding new revenue is very tough, made even more difficult because revenue-raising measures require three-fourths votes to pass. The budget approved this year helps set us on a path to long-term sustainability and stability by making more recurring revenue available” said the governor.

She said the state’s economic pro-business policies are diversifying the economy and bringing in a large amount of new jobs. 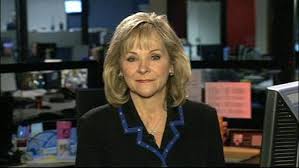 “Our budget solutions along with our improving economy also allowed us to replenish the state’s savings account, which also is a factor considered by Moody’s. Last month we deposited $370 million into the Rainy Day Fund, which brings the balance to about $451 million – a far cry from the $2.03 that was in it when I became governor.”

Moody’s said the stable outlook for Oklahoma reflects an expectation of modest economic growth, despite continued reliance on the oil and gas sector, and the stabilization of the state’s finances driven by recent growth. The replenishment of the Rainy Day Fund will help cushion the state from fiscal pressure during the next economic downturn, it said.

“The revised rating outlook from Moody’s shows when politically difficult steps are taken to improve budget stability, those actions are recognized and positively impact overall state finances,” state Treasurer Ken Miller said. “It is my hope this mindset at the Capitol will endure so our finances can be sound during both economic expansions and contractions.”

Moody’s in November lowered the state’s outlook to negative after legislators failed to reach any long-term revenue measures.

In March, the governor signed three bills that were part of an historic revenue package to fund pay raises for teachers, which was part of the largest appropriation to K-12 public education in state history.

“The rating agencies are very thorough and methodical when they consider changing a state’s rating outlook,” said State Bond Advisor Andrew Messer. “Improvements in the economy and budgeting practices were instrumental in making the case for this upward adjustment.”