Worldwide rig count is up for August 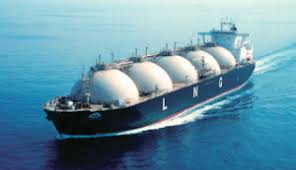 Oklahoma’s U.S. Representatives helped pass a measure to speed up the exporting of U.S. natural gas.

Representatives Tom Cole, Frank Lucas, Markwayne Mullin and Steve Russell were among those who voted yes. Of the 260 yes votes, 223 were Republicans and 37 were Democrats.

Three Republicans voted against the act along with 143 Democrat representatives.

The act is designed to expedite the approval process for applications to import and export small quantities of natural gas that qualify for a categorical exclusion under the National Environmental Policy Act. It would require the Department of Energy to approve any application to export or import less than 0.14 billion cubic feet of natural gas a day to or from any country with which the U.S. does not have an applicable free trade agreement.

With natural gas production in the U.S. at an all-time high, U.S. natural gas exports exceed imports and the majority of shipments are to countries in Latin America and Asia. Companies cannot not export or import natural gas without approval of  the Department of Energy. The DOE has to review applications to ship LNG to countries that don’t have a free trade agreement with the U.S.

The act makes changes applying to small amounts of natural gas either imported or exported. The exports that don’t amount to more than 0,.14 Bcf a day are considered “small-scale natural gas exports” and are also deemed to be in the public interest.