Pruitt to be consultant to Tulsa-based coal company?

Oil and gas industry is nervous in Colorado 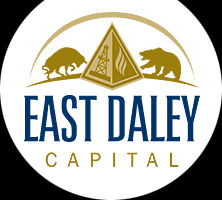 A report by one capital advising firm indicates Colorado’s Initiative 97 is causing unease in the oil and gas industry and if approved, it could affect mid-stream operators and oil movement into Oklahoma. One Oklahoma company says it already has.

East Daley Capital Advisors, Inc. released the report this week indicating the potential impact of the Initiative is already impacting equity values for producers and midstream companies that operate in Colorado.

The report echoes the belief of SandRidge management which earlier this week declined several purchase offers, citing the Colorado initiative for lowering the value of its Colorado assets.

The Initiative would increase the 500 foot mandatory setback of drilling operations from dwellings to nearly half of a mile. East Daley’s report said if passed, the Initiative would have a tremendous impact on earnings for many oil and gas companies operating in the state.

“A potential sudden hit to growth or elimination of growth for pure-play Denver-Julesburg (DJ) producers, such as Extraction Oil and Gas and SRC Energy, is the likely culprit behind equity price volatility,” said Justin Carlson, VP and Managing Director, Research at East Daley Capital. “When it comes to midstream companies, Western Gas Partners and DCP Midstream are watching this regulatory risk closely. Other companies could also be impacted by the ruling, as Williams recently purchased the Discovery System in the area and there are many gas, oil and NGL pipelines that would also be affected.”

As of August 22, there were 31 active rigs in the DJ Basin, 12 of which were connected to DCP Midstream’s assets system and 13 of which were connected to Western Gas Partners’ DJ footprint. Using East Daley’s Production Scenario Tool (PST) specific to Western Gas Partners and DCP Midstream’s G&P systems and replacing the current rig assumptions with the proposed drilling ban in January 2019, the resulting production forecast is a natural volume decline for each system.

The Colorado secretary of state confirmed in August that the number of required signatures met the threshold to get Initiative 97 on the November ballot. However, the Initiative will face widespread opposition from political leaders on both sides of the aisle. According to the Colorado Oil & Gas Association (COGA), the initiative would eliminate about 94% of non-Federal land in Weld County, which is where most Colorado oil and gas drilling is occurring.