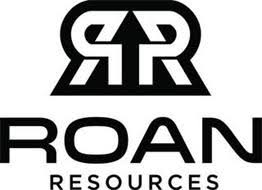 Roan Resources, Inc. announced this week the closing of the reorganization agreement entered into on September 17, 2018 between Roan Holdings, LLC and Linn Energy, Inc. As a result of the transactions, Roan Resources, Inc. has consolidated 100% of the equity interest of Roan Resources LLC., through its wholly owned subsidiaries.

The completion of this reorganization is a non-dilutive event to shareholders of LNGG and the senior management team of Roan Resources LLC will continue to operate the Company.

Effective Tuesday,  Roan started trading on the OTCQB Market under the ticker ‘ROAN’, with approximately 152.5 million shares of Class A common stock outstanding. The Company intends to uplist to the New York Stock Exchange during the fourth quarter of 2018.

Additional details on the reorganization, along with supplemental operational and financial data for Roan, can be found in the Form 8-K filed on September 24, 2018 on the Company’s website at www.RoanResources.com.

Year-to-date, Roan has brought online 34 gross operated wells in the Merge play that were selected, drilled and completed by Roan’s operations teams. Of these wells, 24 wells have had at least 30 days of production with an average 30-day peak production rate of 1,800 barrels of oil equivalent per day (Boe/d) (38% oil, 69% total liquids) normalized to a 10,000-foot lateral, with an average lateral length of 6,365-feet. The Company plans on providing results for the 10 wells that have not reached 30 days of production in its next public operational update.

As a result of Roan’s targeting efforts, production on its wells has continued to improve and, in some cases, produced better 90-day rates than 30-day rates. Roan’s acreage is uniquely located in the oil and liquids-rich windows of the play, and with enhancements in targeting, total oil and liquids production is also expected to continue to improve. Given the de-risked nature of its acreage, the Company expects well results to continue to get better as refined targeting and completion techniques remain operational focal points. 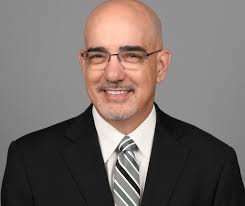 “We are excited to share details on our operated well results we have had this year,” said Tony Maranto, President and Chief Executive Officer. “These results show the high oil cuts and repeatability across our entire footprint in the Merge. With approximately two decades of remaining gross operated locations in our inventory, we are only beginning to see the value that can be derived from our acreage position in the Merge.”

As previously mentioned, completion activity was limited in the first half of the year but has increased with the start-up of Blue Mountain Midstream’s Chisolm Trail cryogenic plant, and production is currently trending at approximately 50,000 Boe/d. The Company is projecting to bring approximately 30 additional gross operated wells to first sales during the remainder of the third quarter and fourth quarter of 2018.