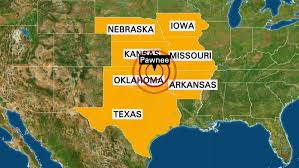 Two more lawsuits have been filed against energy companies blaming them for causing earthquakes in Oklahoma.

One was filed in late August by attorney Scott Poynter who sued on behalf of Anna Mercer of Pawnee. The suit contends she suffered permanent nerve damage after being injured in the 5.8 magnitude earthquake that hit Pawnee two years ago this month. 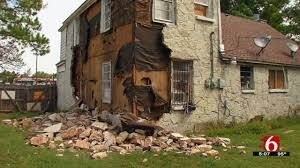 The lawsuit stated that the 5.8 magnitude quake was not a naturally occurring quake and was not an act of God.

“In other words, because of defendants pollution of the environment, they caused the man-made earthquakes at issue in this case,” alleged the lawsuit. (CJ -2018-00080)

A lawsuit was also filed in U.S. District Court in Tulsa against the seven oil and gas companies. Steadfast Insurance Co., a subsidiary of Zurich Holding Co. of America Inc. filed suit ( 2018-CV-00457)  to recover $325,000 paid for claims made by the Pawnee Nation after the same 2016 earthquake. Poynter maintains it was the first such lawsuit filed by an insurance company to recover damage payments made after an Oklahoma earthquake.

“This is an action to recover Plaintiff’s payments of insurance proceeds to the Pawnee Nation, which suffered induced earthquake damages proximately caused by Defendants’ pollution of the environment within and around Pawnee, Oklahoma, and through their disposal of fracking
wastewater with disposal wells, which are the pollutants,” alleged the lawsuit.

The case was assigned to Chief Judge Gregory K. Frizzell.