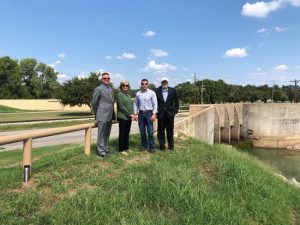 He said the levee, built in the 1940s is “long overdue for maintenance.”

The Republican Representative explained the U.S. Army Corps of Engineers has provided funding to study the issue and make improvements.

“So it’s good to see the issue being worked on before it gets worse,” said Mullin. 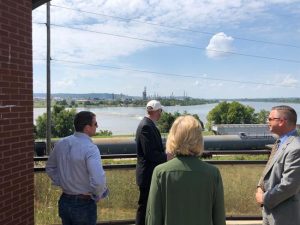 Rep. Mullin sits on three subcommittees of the full committee. They are: Energy, Health and Digital Communications and Consumer Protection.

Earlier this year in June, the Corps did not include the Tulsa Levee in a newly released work plan, prompting U.S. Sen.James Lankford to call it “unbelievable.”

“For two years, Congress has given the Corps the tools to tackle this project, which has been identified by the Corps as one of the highest risk of failures nationwide,” the Oklahoma Republican said.

“It is unexplainable that the Tulsa levee project continues to be a high-risk project that the Corps fails to prioritize.”

At the time, Sen. Lankford said the Tulsa levee carries one of the worst levee ratings in the country.