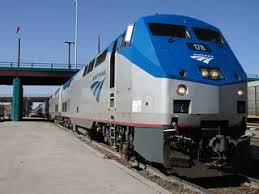 A blockbuster move by a Senate bipartisan coalition will require Amtrak to provide $3 million in rail-repair funds to assist with continuity of the Southwest Chief passenger service, according to a recent report published in the Pueblo Chieftain.

Six senators from Kansas, Colorado and New Mexico placed an amendment into a national transportation appropriations bill last week to protect the passenger rail service. The three states have collaborated for several years on refurbishing the Southwest Chief rail line, which travels across southern Kansas, Colorado and into northern New Mexico on its historic route between Chicago and Los Angeles.

The Senate agreed to the amendment requiring Amtrak to meet the grant obligation. The amendment further stipulates that Amtrak cannot alter the route or service of the Southwest Chief.

Richard Anderson, Amtrak’s President, issued warnings earlier this year to the state delegations by indicating that the national railroad passenger corporation would not fund its share of the rail-repair grants as expected by the three states. Further, Anderson previously indicated that Amtrak may replace some of the Southwest Chief’s train service route with chartered buses.

The bus service was discussed as a possible option during a failed June meeting between Anderson and the tri-state delegation. At the meeting, Anderson said Amtrak couldn’t justify spending additional money on rail improvements between La Junta and northern New Mexico because the Southwest Chief was unprofitable.

“The Southwest Chief is an important component of Southeastern Colorado’s tourism economy and we’ll do all we can to preserve it,” said Senator Bennet.