Unit Corporation Posts $5.8 in Net Income for Second Quarter of 2018 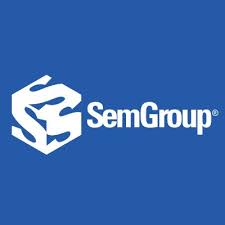 “We delivered solid financial results during the second quarter with improved earnings in five of our six segments,” said Carlin Conner, SemGroup’s President and Chief Executive Officer. “Improving crude oil and gas volumes, coupled with contributions from our organic growth projects, will continue to provide increasing cash flows. As we look to the second half of 2018, one of our highest priorities is executing additional capital raise measures that allow us to reach our leverage goals.”

The Board of Directors also declared a dividend to holders of its 7% Series A Cumulative Perpetual Convertible Preferred Stock. Pursuant to the terms of the convertible preferred shares, the company elected to have the aggregate amount of $6.2 million that would have been payable in cash as a dividend added to the liquidation preference of such shares as a payment in kind. The payment date for the payment in kind on the shares of convertible preferred stock is August 29, 2018 and the record date is August 20, 2018.