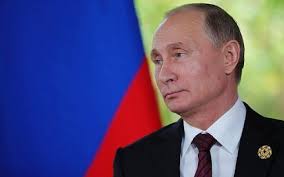 As national intelligence officials pointed the finger at Russian meddling in the 2016 Presidential election, an Oklahoma congressman participated in a House committee charged with determining whether similar efforts were pursued to influence the U.S. domestic energy policy.

Lucas is vice chair of the House Science Committee. The group released a report in March concluding that the Russians attempted to disrupt the U.S. energy industry through social media.

“It is a form of economic sabotage they’ve been trying to perpetrate against our oil and gas industries,” said Lucas. “Literally, it appears, between 2015 and 2017, the Russians and their minions, have sent out somewhere in excess of nine thousand electronic messages using social media, attacking the US energy industry.”

The committee focused on Facebook posts that encouraged protests of pipelines, including Dakota Access, posts intended to rile both sides of the climate change debate and posts meant to create distrust of the oil and gas industry — especially those involved in fracking activities.

“There’s multiple angles why they would do it,” said Chad Warmington, spokesman for the Oklahoma Oil and Gas Association.

Warmington said disruption of the U.S. production boom is likely the main reason for Russia to interfere with the energy industry. Russia may feel threatened by the possibility of losing its dominant position in the European gas market.

“When you have foreign governments coming in and trying to suppress an industry, and frankly, suppress a nation, who’s providing economic and energy security to other nations, and the stabilizing force that is, that’s a huge problem that all Americans and Oklahomans ought to be concerned about,” said Warmington.