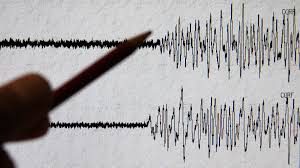 The U.S. Geological Survey said the quake’s epicenter was located about 6 miles southeast of the city of Blanchard. It was recorded at 5:11 a.m.

So far, there are no reports of damage.

The Oklahoma Geological Survey recorded at least 4 smaller earthquakes in the state on Tuesday. They ranged in magnitude from 2.0 to 2.9.