Labor Commissioner runoff could be important to state’s energy producers 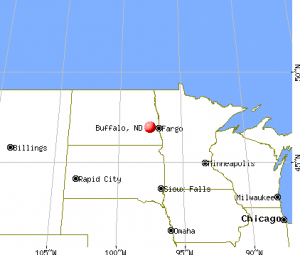 Bankruptcy and fraud in Texas has left some farmers and ranchers in North Dakota nearly helpless as more than three dozen gas wells sit idle on their land.

At least 40 wells are not operational near the town of Buffalo, North Dakota. The wells were first drilled in 2006 by Spyglass Cedar Creek LP, a San Antonio, Texas company that later partnered with New Frontier Energy Inc. of Colorado.

Spyglass started the project with $22 million in financing but a drop in natural gas prices, a lender’s bankruptcy, four lawsuits and a tax-fraud indictment against a New Frontier executive brought a halt to drilling and operational activities in North Dakota.

Adding to the state’s problems—a former Spyglass official reportedly cashed out a $20,000 certificate of deposit the company had been required to post as bond. The move left state regulators with less than $9,900 in funds to deal with the 40 wells. State officials estimate it will cost $30,000 per well to have them plugged.

The Rapid City Journal reported on the failure, calling it a “convoluted train wreck.”